Independence Day 2019 will be remembered as the day of Stranger things season 3 release. Season 3 is 8 episodes long which equals 8 hours of pure watching time. I’m gonna boldly assume that you already watched them all or simply put:

Stranger things 3 is Netflix’s original series that’s taken over the world. The mass interest is caused primarily because it’s a tv show about kids played by actual kids and not adults acting over half their age, casting and spectacular acting performances,  brilliant special effects, and compelling storyline.

I was actually a bit stressed before the premiere. In my opinion, season two was not as good as season one and with this descending trend, I was just hoping the Duffler brothers would not disappoint me.

I believe stranger things 3 is the best one yet and here is why.

It gets personal which resulted in me being an emotional mess several times during those 8 episodes.

The whole concept of growing up and losing touch with the familiar was too real. I could relate to Will Byers so much.

Honestly, I was so relieved the writers didn’t put him through literal hell again this season. I was not expecting this level of emotional hell though.

Watching your friends move on, lose interest in your friendship, get spouses while you don’t understand the appeal, the feeling of total loneliness was so harsh on my poor boy Willy. All he wanted was to play some D&D with his friends and not deal with relationship drama.

The way the gang was treating Will first half of the season was unbelievably rude considering previous seasons and everything they went through for him.

Let’s talk about the scene that broke my heart. The rain scene between Mike and Will.

My mouth dropped. I was not expecting such a low blow from Mike. You could see the immediate regret in his eyes. Excellent performance of Finn Wolfhard, but Oscar goes to Noah Schnapp for a perfect representation of “gay panic“. 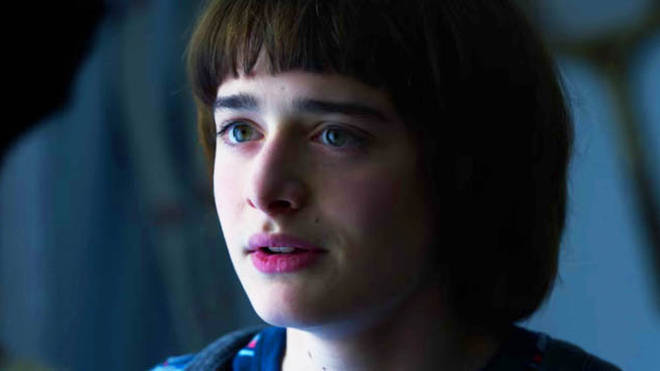 It was known beforehand that stranger things 3 would have 2 lgbtq+ characters and our guests went wild.

Everyone assumed that Will the “I’m never gonna fall in love” might not be straight.

Still, you just don’t go out outing people like that Mike.

Wills sexuality has not been confirmed, but everyone just assumes he’s gay now because he doesn’t like girls and I respectfully disagree.

My understanding of Will’s character is plain asexual. He doesn’t like girls but doesn’t like boys either. He’s clinging on familiar. Grossed out by romantic stuff his friends do. Panics when being comforted about his sexuality. Has zero understanding of Mikes’s feelings for El and why he’s putting his new feelings over long-term relationships with his buddies. His breakdown when the strongest bonds he’s ever created are being tested, so he tears the pictures scared of getting hurt again. Longing for control so he shatters the Castle Byers. Still haunted by his demons running in the same circles and dealing with the same monsters again and again. How can he think about love after everything he’s been through.

Let’s talk about the character that is confirmed gay- Robin. I’m not gonna lie I was expecting her being Steves new romantic interest as it was clearly played out to mess with us so the coming out would come as a bigger shock. 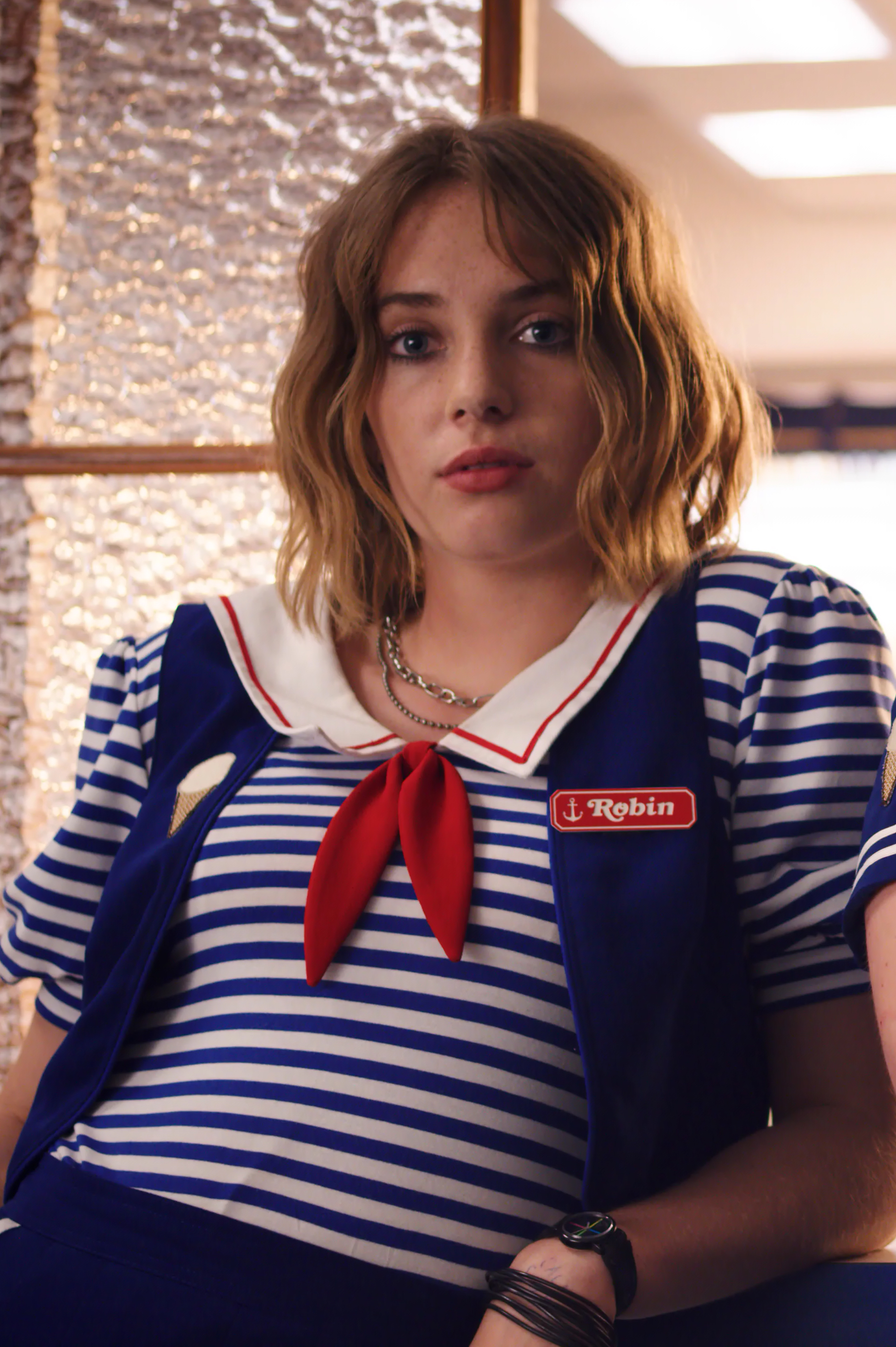 Robins coming out scene was so beautiful. It’s incredibly hard turning down a guy no matter what. You never know how he’s gonna react and I’m sure the ladies out there agree that stuff can get dangerous really quickly. To turn down a friend is extremely difficult and we could see Robins’s heartbreaking over Steves confession of his feelings. It’s the moment she has to turn him down, she realizes she might lose his friendship and she knows he deserves to know why.

It took guts to tell Steve, the previous douchebag and season one homophobe of all people, that she’s lesbian. Her fear was visible and the way Steve reacted is golden. So yeah he needs a couple of seconds to process the news. But then he treats her the same way, reminding her friend, not caring she’s into girls but questioning her poor taste in girls. I was so relieved.

Love the character development of Steve and I have for a while now. The mirroring of his character and Billy’s was overshadowed from a previous season. Somehow I was hoping for a redemption arc for Billy too.

Well, that didn’t work out quite as I thought.

Billy was an asshole and he got what he deserved.

I wished it was that simple. In season 3 we get to know him a bit better. We know he’s the bad guy because of his abusive father who forced toxic masculinity on him, his mother abandoning him only attributed to his many issues such as his interest in older married ladies with kids.

Life has not been kind to Billy. I believe he had the potential to became a good guy.

We saw him practicing his lines in a car clearly showing it’s just a mask he wears when suitable. The sauna test and Billys breakdown prooves he has regrets and he’s terrified of what’s happening to him. Even possessed by a monster he still showed up at work, fully clothed but determined to get the money and leave the sorry ass town. His willingness to literally die for one person who showed him kindness and reminded him of who he was and what he could have been.

The best relationship of this season was definitely El and Max. I was so happy El broke up with Mike and when on to find herself. I love how Stranger things are always able to talk about complicated issues in such a tasteful and nonproblematic way. Their beautiful healthy friendship helps El realize who she is. Not Mike’s girlfriend, not Hopper’s daughter or subject 011 but El, who even though loves Mike, is her own person now and knows her own limits. Also kudos for Els’s incredible wardrobe this season.

Stranger things were always good with special effects. This season they went over the board. The Mind Flayer was just incredible and I had my share of creepy, out of this world creatures as I was sort of fascinated by them since I was a kid. More about that in my Creeps and a story behind them.

I was not expecting Dustin and Suzie’s never-ending story duet. I was incredibly anxious during the song and I get that it was to lighten the mood and adds to the suspense but OMG.

Love the Russian guy trying to live his best life in America that didn’t deserve to go like that.

Speaking of characters who didn’t deserve to die…

My deepest appreciation for Hopper. He will be missed. His final letter left me crying and I’ll be thinking about it for a long time now just like the whole masterpiece that is Stranger things season 3.

Oh, and BTW, there is an end scene after the credits of the 8th episode. Stay tuned for that.