Hey. Yesterday I went to see Bohemian rhapsody – a movie directed by Bryan Singer documenting legendary band Queen that premiered some time ago in October. I only got to see it now and I have a lot to say about it.

First time I saw the trailer in a cinema right before Mama Mia!2 I knew I was doomed.

The basic idea, the music, the costumes, the whole trailer consumed me but most importantly – Rami Malek. I watched tv show starring Rami a few years ago called Mr.Robot and honestly, it was quite a lame show in my opinion with a not very interesting plot. Many boring characters except one and the only reason why I watched it – Rami Malek and his performance.

I was so thrilled to see him as Freddie Mercury. I was so hyped about this movie. Days ahead I listened to Queen on repeat. I saw gifs and videos from the movie (it’s hard not to when you’re spending so much time on the internet as I do)

I was excited but also anxious that I would get disappointed by my high expectations of this movie.

Thankfully I was not disappointed.

Honestly, it was almost a religious experience. During the movie, I planned to take photos to share on my Instagram stories (yes that’s the kind of girl I am) but I just couldn’t.

I had goosebumps and didn’t want to ruin the moment by moving at all.

I cried a lot – so many emotional parts it was so wrecking but in a good way.

Obviously music in Bohemian Rhapsody was more than perfect and the moments when the crowd sang song lyrics back to the band were chilling.

I would like to thank whoever was in charge of casting because holly shit well done. It was breathtaking to see those actors being exact copies of real life characters they represented but not only by simple image, the whole vibe they brought with it.

I understand I’m not being objective cuz I’m such a Rami fangirl but I believe he was perfect Freddie (and with a jawline like that how can you not) The emotions that he displayed, the way he wore himself, how he talked, walked, simply everything – you believed him all.

What I appreciated was the lgbtq+ representation – of course, everybody knows Freddie Mercury was gay but the way the movie showed how he got to realize that was so sad. Here is where Rami stepped up big time – you could literally see the purest emotions, confusion, resistance, and finally acceptance of who he is and how he comes to peace with his sexuality.

The movie showed toxic gay relationships as well as cute healthy ones. It felt so good to finally see a movie about gay characters where no one is making a fuss about it. Bohemian rhapsody is not labeled as “that movie about gay singer”

It’s about the Queen.

It’s about the Legend. 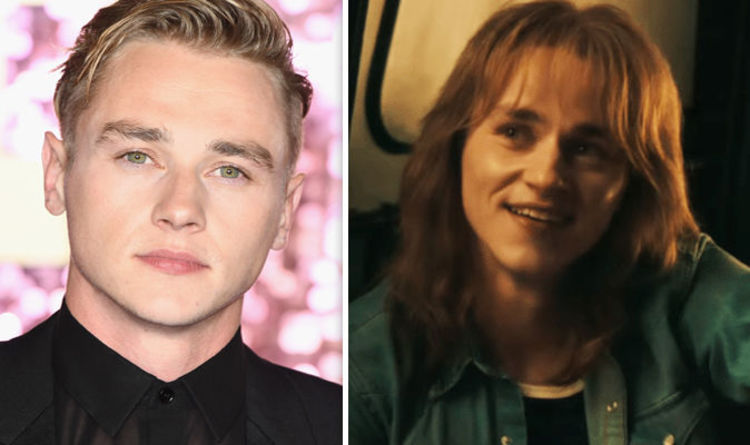 And holly hell Ben Hardy as Roger Taylor – basically he’s hot and funny. Ben Hardy with long hair is all I think about since I left the movies. I have a seriously hard time deciding if I like him or Freddie more in this movie.

I’m definitely gonna see this movie again cuz it was a masterpiece. If you haven’t seen it yet you have my blessings.

You won’t regret it.

Thank you for your attention
xo Natalia