It’s a crazy world we live in right now. Who would have guessed we would go through a worldwide pandemic in our lifetime? It’s mindblowing and Netflix, a beautiful platform that’s a significant part of most of the households these days, hit the new level of crazy with the newly released show called Tiger King: Murder, Mayhem, and Madness.

The catchy title doesn’t do justice to what you’re actually getting from this show. 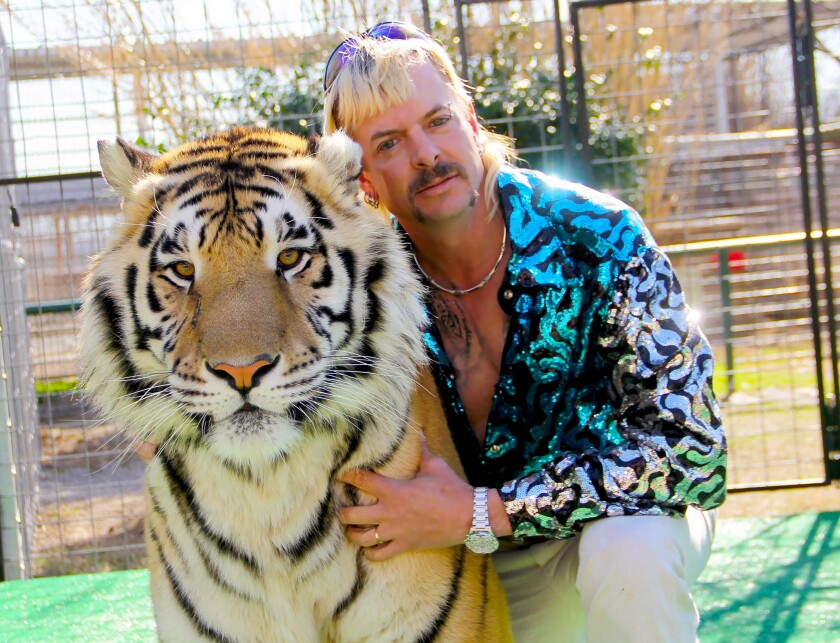 I watched a lot of tv shows but nothing could match this one. I’m still not sure what I just watched. My eyebrows are up in my hairline and I don’t think they’re ever going back.

It somehow doesn’t feel real but at the same time, you know no one could make that up.

It’s like how much more could you stuff into these 7 episodes and one life of a guy named Joe Exotic.

I never felt more together than after watching a trainwreck that is Joe Exotics life.

So let’s look at what we’re dealing with in Netflix’s new documentary series Tiger King.

We have a gay zoo owner with a mullet and an eyebrow ring barely holding on. There are big cats obviously. A guy who can be only described as a cult leader living with his several wives. A lot of polygamies. Forced boob job. Murder.

Crazy cat lady who supposedly killed her millionaire husband and fed him to her big cats. Meth. Country music that’s super catchy. I hate to admit it, but the song Here Kitty Kitty by Joe Exotic, about his nemesis from a Big Cat Rescue feeding her husband to a tiger, really slaps.

We have a gay tiger owner marry 2 straight guys at once. Both husbands meth addict. One leaving Joe for a woman and one killing himself.

Joe exotic campaigning for president. Pizza making from expired Walmart meat. A shit ton of guns. Joe somehow getting another husband. A one-armed lesbian who went back to work with wild big cats 5 days after her amputation because a wild big cat rips her handoff.

Tiger King being Tiger King’s biggest fan. A big guy who owns a strip club. Florida. Hiring a hitman to kill a crazy cat lady but instead, he ends up partying with the money and never finishes the job. Tiger king in jail. A lot of Facebook posts. Tiger cubs. Petting big cats.

I know it looks like I’m just putting together random sentences, but that is the beauty of Tiger King. It’s unique and captivating. The second you think this just can’t get crazier it does.

I assume the message of the show was supposed to be “don’t keep wild animals captivated“, but all I could think of was “what the fuck”.