If you’re wondering what to do this summer let me tell you about my trip to Bulgaria’s Nesebar. This article is a follow up to the previous Bulgarian travel guide of mine titled Bulgaria’s Moonlight Summer Experience.

During my family holidays in Bulgaria’s Svaty Vlas, we took one day off our regular laying around doing nothing on the beach to visit the historic town of Nesebar.

From where we were staying it was just a short car ride to the nearby town. We went on our own without any tour guide, although the Moonlight hotel we were staying at recommended this trip to us.

The ancient city of Nessebar (or Nesebar) is often referred to as Pearl of the Black Sea, which I believe says it all. The history tracks back to 6 century B.C. when the city was built by the Greeks. Because of Nesebars rich history, it became one of the UNESCO’s World Heritage Sites in 1983.

Nesebar is one of the most prominent tourist destinations, mostly because of its convenient location nearby big holiday resorts such as Sunny beach that’s very popular.

With a population of around 27K, it holds an unbelievable number of 40 churches from different time periods. Each one representing the rich architectural heritage of the Eastern Orthodox world and its development over time.

I’m lucky to witness some of them.

Just from entering the Nesebar city, you get that strange feeling like you’re entering some other dimension. The feeling gets stronger when you walk down the ancient stone pavements that look like they haven’t changed for centuries. I remember wearing these Roman-style sandals, unwittingly, and my dad joked around saying I’m wearing the same shoes and walking the same paths as old Romans used to.

We just wandered aimlessly like we usually do on our travels. To my surprise, it was quite easy to find a place to park our car. Even though the place was crowded I was still expecting more tourists.

We visited the most famous churches and their ruins and from time to time I actually forgot where and when I am.

Such an out of this world experience.

It was very easy to find major tourist attractions. All we had to do was follow the crowd. This way we got to see the Church of Christ Pantokrator, Church of St. Stephen, or my favorite the ruin of Church of St. Sophia where I took this photograph:

Because of this following the crowd rule we often ended up looking at nothing simply because some group of people decided to gather up there and take a break. But hey that’s the part of exploring unknown places. 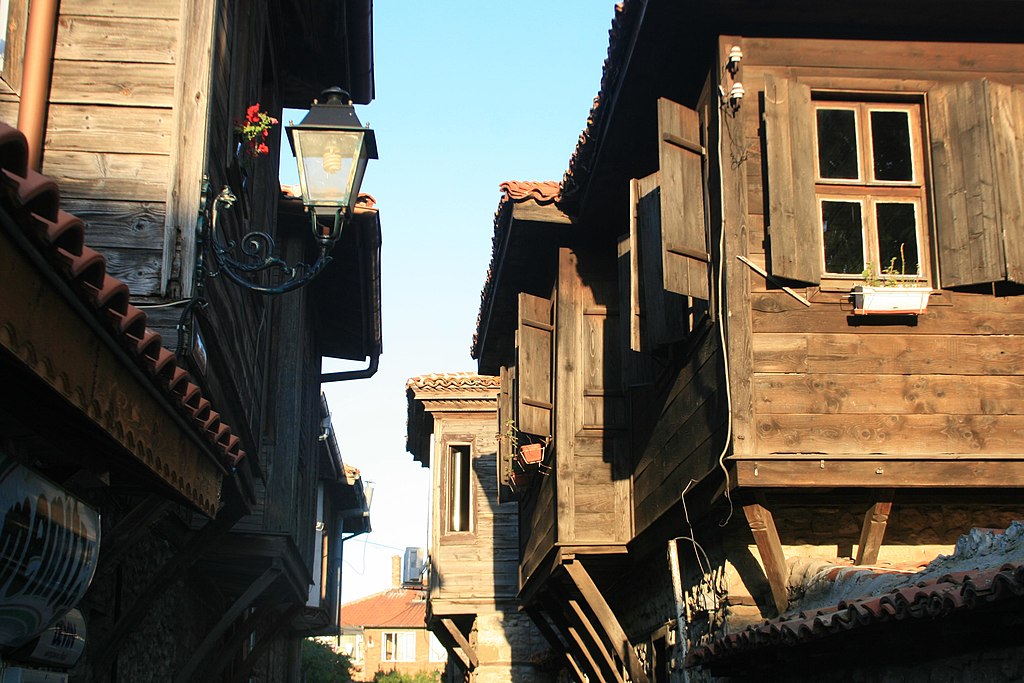 I was stunned by the revival houses all over the old town. Looking back I wish a had taken more photographs. Maybe on my next visit.
We spend like half a day walking down the Nesebar and we got so lucky the weather was ideal for such a trip. It was nice to break away from the suntanning pattern and take part in an active holiday for once.
If you’re more fond of active holiday relaxation then walking the Nesebar streets would be perfect for you. There is always an option to cool off in the black sea although I didn’t feel like it was needed. There is plenty to see in Nesebar and you don’t have to be an architecture enthusiast to enjoy the beauty of such a historic town.